I wanted to share a few extra pictures that my friend Leslie took. This one was on Hunter at the costume parade at school. Leslie and I took Hallie and Landon to watch the bigger kids in their costumes. 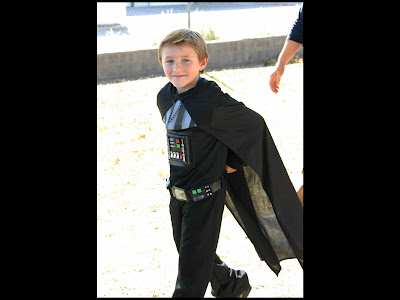 Hallie and Landon were dressed up too and waiting to see the big kids pass by. I love these pictures because Landon gets so shy. Especially when a pretty girl has her arm around him. They are such cute friends! 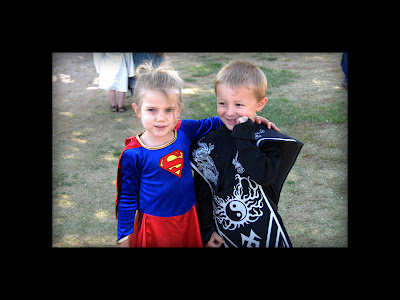 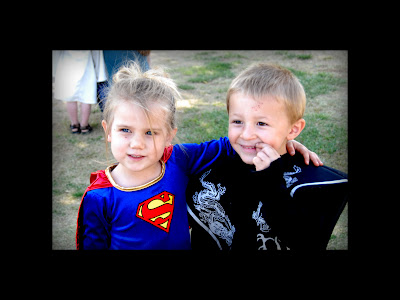 This picture was taken at the trunk or treat. Landon was really into his candy so I had to sneak around him to get a picture. He makes the funniest faces for Leslie. Here is one of them. 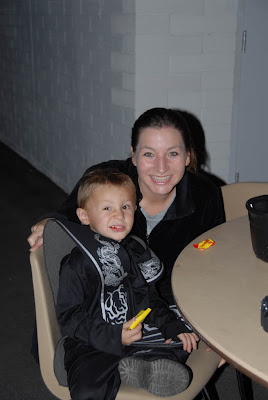 Hallie and Landon trunk-or-treating. I mean super girl and ninja. They were adorable this year. 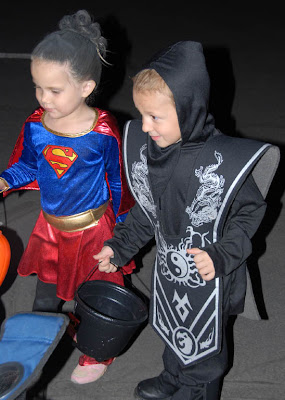 Posted by Tennispromommy at 7:14 AM