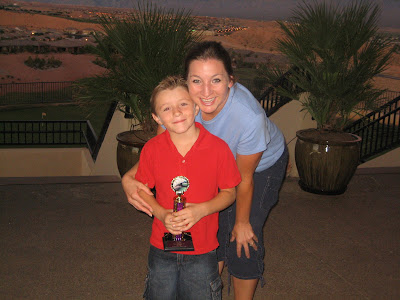 This picture was taken at Hunter's awards banquet for golf. He did an awesome job all summer playing golf. It really got me thinking of how well he did in all of his sports this year. Here's a recap.... 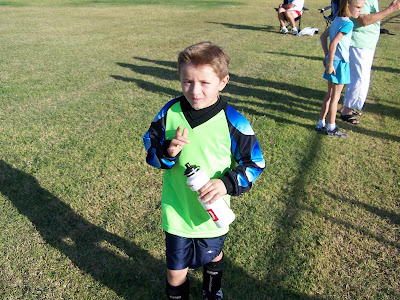 It all started with soccer last fall. It was his first season playing soccer and he did a great job. He scored at least one goal in every game. He also scored two goals to beat the toughest team at the end of the season. He enjoyed running, defending and scoring. 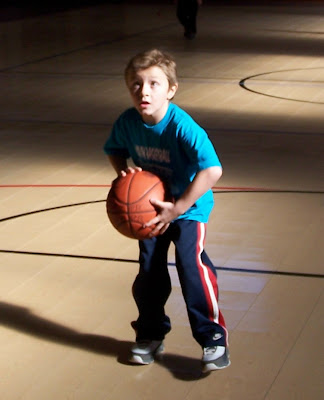 Next we were on to basketball season. He played up a level with the 2nd and 3rd graders. He really played well and had fun playing on a good team. Dave coached that team and it was a wonderful experience all around. 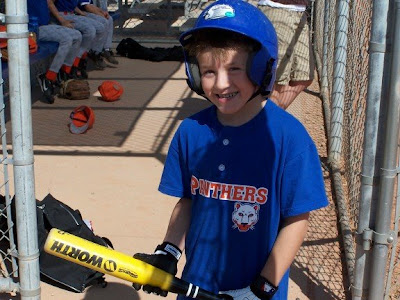 Then baseball season came around and as you can imagine it was his favorite sport. Every sport season that he is in turns into his favorite sport. It's cute. He really loved playing baseball. He mostly played short stop and his hitting was great. I loved the fact that he was very positive with all of his teammates. There would even be times when he would back up other bases and end up making the plays. He is very competitive but also knows how to have fun. 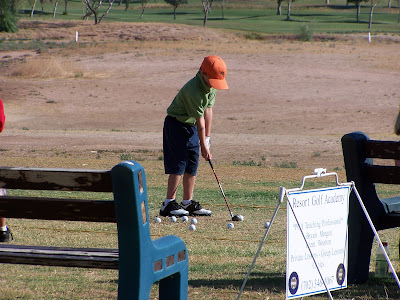 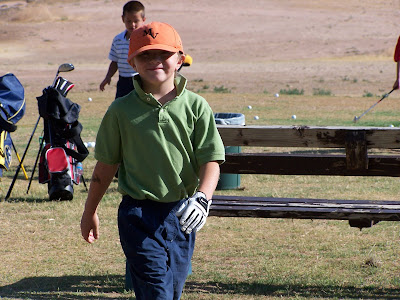 Here he is during the Jr. golf camp. He was very focused on getting better and improving. He would come home and tell us everything he learned and would then go out and practice it. Our house became a putting and chipping place. It was fun to see how excited he would get about playing in the camp and in the tournaments.

Even though he had a lot of success this year in all of his sports what mattered the most to me was that he was a good sport. He had a great attitude. He was encouraging to all his teammates and to his friends while playing golf. He has a love for sports that is fun to see. I am so proud of him. I look forward to watching him again this year. Soccer is starting up soon. Here we go again. I love it.
Posted by Tennispromommy at 12:24 PM