Our COLD day of Soccer 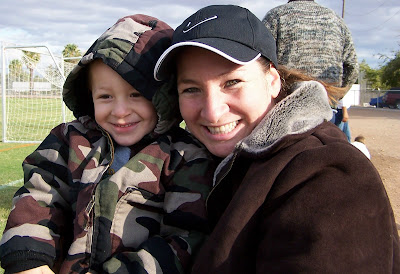 Here we are trying to stay warm at Hunter's soccer game. He was running around so he was warm. The weather went from a high of 90 to a high of 60 in just a couple of days. Hunter had an early 8am game and we were ready to cheer him on with our big coats. 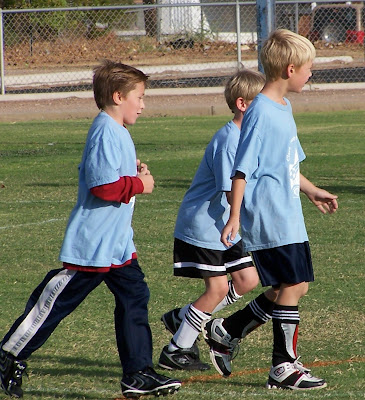 This was Hunter after he scored a goal. He was so excited and I guess I was too because I didn't get a picture until after it was over. His team played really well. 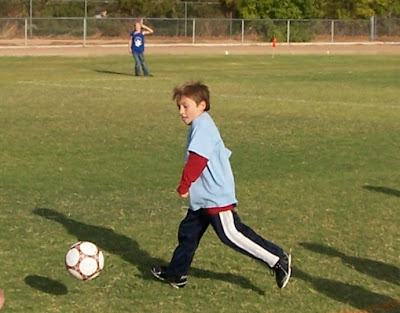 Hunter is good with his feet but as you see by his fist tight hands it's tough for him not to use them. He is so used to catching and throwing balls. 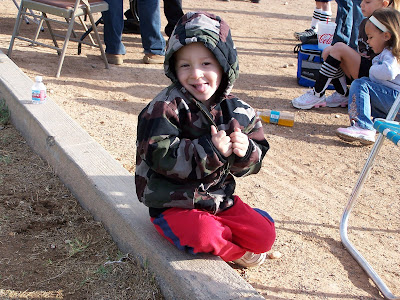 Landon being silly. He also has some soccer skills. He has been practicing with Hunter in the yard. He loves doing whatever Hunter does and since he's getting better Hunter plays with him a lot more. 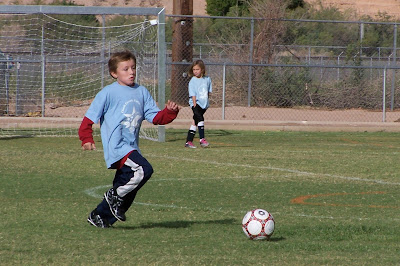 Posted by Tennispromommy at 2:38 PM